My articles and Poems will hopefully be a comfort and enjoyment for those of you that read it,If one of them have touched you or has brighten your day, please leave a comment, and let me know..very much appreciated and hope you keep following my blog thank you.

Last night I was in went to visit my hometown church were I lived, while staying with family for the holidays. It was very rewarding to me, there was a good message for all of us, and I reallly enjoyed seeing all my brothers and sisters in christ. I myself was a member of the church years ago, but have gone my own way, but in my heart, that is and always will be my church. I do believe in the standards of the organization,  and most of all, love my pastor and his family, they have always been there for me  when ever I needed them.

Anyways, I am not here to preach to you, we all have our preference on church standards, but I am here to share you my opinion on my view in the message that was preached and I what I recieved from it. My friend Ray, was the organist,and precider, he made a comment that ” we don’t praise God because of how we feel or what mood we are in, or for us.We praise God for who he is. I really liked that. It is so true.

For most of us, We go to church for many different reasons.depression, sickness,drug addiction, etc, and we find that church is a place of refuge, which it is. I have been going thru alot of emotional stress lately,and going to church and just feeling the spirit of God in my soul, well let me tell you, there ain’t no better cure for that!, now sadly I will admit, it has been a long time for me, haven’t been to church in a while, but to me, I have chuch anywhere I am at. I get up in the morning, pray, hear gospel music,and the spritit moves me. so you can have church in your own home,manner or standards so to speak in order to praise and worship God together. and I can relate to that, being among but it is written in the bible, that we must unite in unity with those that also believe in the same my fellow brethren, the spirit was strong, and it flowed in the church like a cool breeze, everyone around you can feel the spirit, there was dancing, singing, hands clapping, rejoicing, we just had a good ole time, with jesus!

The message was on prayer,  and the pastor quoted scripture from the book of phsalms, and it was about when peter was in prison, and all his brethren were praying for him, in a house nearby, for his release, now peter as you know was one of the apostles hand picked by Jesus himself, and He was not in prison for breaking the law, he was in prison or jail..I should say for preaching the word of God. as the story goes, he was asleep in his cell, because as a man, he was got tired, and I believe peter himself was not afraid of death, He was a man of God, he put his trust in jesus, and he knew, that no matter what happened, He was ready to face the outcome, as the the story goes, peter was woken up by a angel sent by God, and he walked out of the jail, went to the house they were praying for him, and knocked on the door, but no one heard him, because they were in prayer, finally a woman heard the knock, and to her surpise could not believe it was peter who was knocking!,,now when she told the rest of the brethren that peter was outside, they also didn’ t believe..Ha,,how funny ..here they were praying and asking God to release peter, and when he answered their prayer, they didn’t believe it..wow..it’s like the genie in the bottle who gives one three wishes,,and when u ask for one, can’t believe it when it happens..anyways..we are funny people at times. 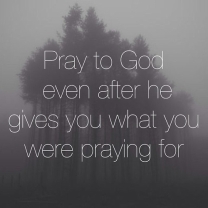 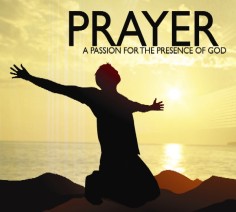 What I liked about the message is the meaning, We don’t pray enough, we should pray everyday, anytime no matter where we are, we should pray, because without it, we are a lost cause..I believe America don’t pray enough,it’s obvious, look at the condition of our nation, we are againts each other, some hate the president, most of us hate the state of the economy we are in, and we are all just too busy seeing the kaos around us, and just don’t see a way out.

Well let me tell you this, I myself am not worried, I put my trust in God, and believe he will see me thru anything, I am not better than anyone, I also must pray more, but I do know that we are heading for a disaster if we don’t wake up. 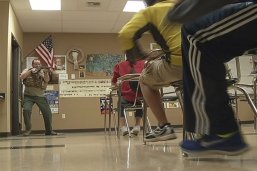 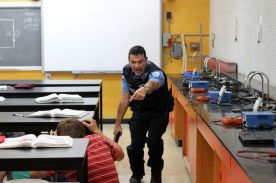 Here is a fact, we for years, have allowed prayer in schools, prayer years ago in schools was practiced like pleding allegience to the flag, done everyday, and then we didn’t have any kids shooting,killings, or anything that made the CNN. news. but since we have taken prayer out of schools, The devil stepped in and took over look at the outcome, shootings,killings, our kids now fighting with the law, over stupid crap, there are metal detectors in some counties, because the violence is so bad there.

God is hurt and pissed, I truly believe that God is up in his throne, saying well , you don’t need me, “then you will reap what you sow.” and the funny thing about all this, is that God is either the first person blamed, or prayed too!..ha, that is so ironic. We ask ourselves, why would God allow our kids to be shot in schools?, but what we should be asking is. Why did we allow prayer taken out of our schools to begin with? 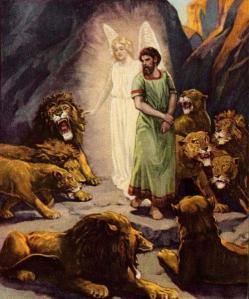 One point that I liked my pastor made was, He said that we use excuses, we are too tired sick, or just are too busy in the day to stop and take time out to pray, but yet we find daniel, who was in the palace in babylon, was taken there againts his own will, but yet no matter how busy he was, he prayed daily, 3 times! every day..so if daniel who was in a place, and if for those of you who know the story of daniel, was thrown into a LIONS DEN, but he was protected and not eaten up by the lions!. praise God,

The king , did  not want to put daniel in the den, but because there were people who were  jelouse of daniel and the law set in those days,  they tricked king darious into making a decree  or law that anyone found worshiping any other God or man besides the king within 30 day period will be put in the lions den. They knew daniel was going to pray to god, no matter what, so  they told the king that daniel was praying to God  during the 30 day period, so the king had no choice and had daniel thrown into the den, but Darious could not sleep and was disturbed  all night for the choice he did., the next day, he opened the lions den and found daneil there at his amazement, whole,!..he asked daniel what happened and daniel told him God had  closed the mouth’s of the lions and protected him, because he was innocent..all this because daniel prayed daily, I wonder how many of us would pray if we had law like that today..well not many, I believe.Daniel was free after that. see this is what prayer does, God hears it, and if you believe it, he will answer,,the problem we have is we want the answer now!..like the 3 wishes, we ask and we recieve. it don’t work that way, God wil answer if he feels like it, at his time and at his convenience,He does not let us make the decision, we can ask,  but we must wait on his decision, when he answers, notime limit.

Now there were many others used in the preaching about prayer, but the message was pretty clear, without prayer, we are going to reap the outcome of that decision. but with prayer, there will be rejoicing and praise afterward, because when god answers prayers we can’t help but thank him, in whatever manner we feel the gratitude. Have you ever had a loved one that was near death, and you prayed to God to give them more life, and they may have had been diagnosed  with cancer, then out of  nowwhere without any medical reason, they are cured, cancer free…because you took the time to talk to God and ask for a cure,  well I am sure that after that,  you were dancing, running, clapping, but most of all praising God for his anwer to your prayer.!.so you see with prayer comes rejoicing..it’s like peanut butter and jelly..hope this helps you pray more..God bless.